There are 100 people at 65 years old:
One will be rich.
Four will be financially independent.
Five will be working.
Thirty six will be dead.
Fifty four will be dependent. 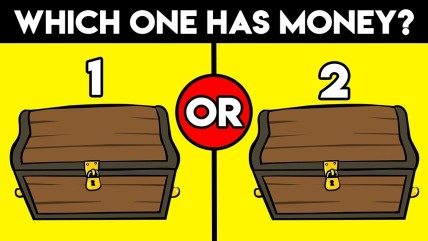 Let’s suppose that most men and women start working at 25 and retire by 65.
How much money do you suppose an average man earn in 40 years?
According to CNBC( https://www.cnbc.com/2017/08/24/how-much-americans-earn-at-every-age.html ), this figure would be over $1.6 million. This is a substantial amount. This is a fortune.

Earl Nightingale in his popular audio program “Top 5%” talks about a research. There are 100 men and women at 25 starting out equally in America, the richest country on earth. Each has as much opportunity as the rest. By the time they are 65 years old:

Earl’s tape was in 1960s. However, the stats holds even in this present time. Only 5% are financially independent. This is the top 5% that we all want to belong to.

So according to CNBC above, most people will earn at least $1.6 million ($40K per year * 40 years) by the time they are 65 if they started working at 25. Only 5% makes the grade. 95% are either dead or don’t become financially independent. As I wrote in the article “Making 6 figure? How to avoid being one of 69% of Americans who have less than $1000 in the bank“, the survey by GoBankRates year after year still points out that many Americans who make 6 figures have less than $1000 in the bank. So where does the money all go? What’s the problem?

If you practice karate 40 hours a week, 50 weeks a year, for 40 years, you will agree that you will be an accomplished martial artist. I use Karate in this example as I practiced Musokai Karate for over 10 years. I realized the difference between an accomplished karate master and the rest is how much time they put into practicing persistently. My Shihan Arakaki is a living example of an accomplished Karate master through hard work and persistence.

If you practice anything (piano, acting, investing, programming, …anything) 8 hour a day, 5 days a week, 50 weeks ago, for 40 years, you can become an expert.

The experts say that only 5% make the grade because that is the group that does not conform. They do not follow the crowd.

Conformity is to act like everybody else. And by acting like everyone else, the odd is that 95 to 5 that we will miss the boat of becoming financially independent.

Why do people conform?

The reason to conform is simply because it is an easy thing to do. We have been taught to conform. From the time we were born through school, we were told what to do. We don’t want to be different as being different is ridiculed by others. We want to be liked and to belong to the group. We spent at least 18 years learning to conform.

Out of school, suddenly we find ourselves to be on our own for the first time. We get a job. The most natural thing for us to do as we have been trained to conform is to look around and see how other fellows are doing their jobs. Since we have always been told what to do, why should we start thinking for ourselves? Thinking for ourselves is much hard than to conform.

By starting at 25 and retiring at 65, you know that people have 40 years to become great at their craft. However, 95 percent won’t do it. The reason is because they do like everyone else, they follow the crowd.

Everyone has a choice. You can choose to follow the crowd to be like everyone else or to join the top 5%. The choice is yours.

If you don’t want to conform, you must think now before it’s too late.

If you decide to join the top 5%, let’s continue. If not, reading more will waste your time.

There are only two steps when it comes to financial independence. And anyone can do these two steps:

First, no matter what your present job is, it contains many hidden opportunities. Take a moment in quietness, ask yourself those questions, and silently write down the answers:

No matter what your job is, it contains the key to greatness. Look for it until you find it.

Second, your financial success has nothing to do with the money you earn but only with the money you save. Unless you save 10% or more of what you earn, you are doing yourself a disservice. Following those steps consistently and you will know the power of saving as well as enjoy your life, especially the later part when you need it most.

For detailed explanation, you can read more at: Making 6 figures? How to avoid being one of 69% of Americans who have less than $1000 in the bank.

Don’t follow the crowd. Start thinking for yourself now. Look for the key to greatness in your job. Start saving and put your saving to work.

About the author: Hoan Do is a certified leadership coach. Hoan have led multiple teams at Symantec Inc. across the globe delivering world-class solutions to protect consumers and businesses. Hoan is an expert in building highly performing teams. He believes that the best leader is the leader that could grow his followers to be leaders. Hoan has been organizing mastermind groups to share with other leaders about transformational leadership and coaching. He has trained many leaders via mastermind groups, workshops, and one-on-one coaching.
If you are curious about the above method and how you can apply it to your life successfully, open your email and send me an inquiry at coach@hoanmdo.com

20 minutes that can really change your life. REALLY!

I came across a teaching from Earl Nightingale on the subject of 20 minutes that can change your life. Here’s my summary of what Earl taught.

Ideas are free. One idea can make you rich. So how do you come up with ideas? and how to make yourself think?

Start waking up a little earlier. If you wake up an hour earlier than you are used to, for 5 days per week, you will get 5 hours extra. For a year, you will have 260 hours extra or 32.5 8-hour days. Use this time to think and come up with ideas.

Now, before you begin, get yourself a cup of coffee or tea or do a small exercise to be fully fresh and ready. With a notepad and a pen:

What else will this practice do to you? It will help you focus on your goal and help keep your goal in presence.

Another critical lesson also from Earl Nightingale is that over 95% of people coming across this little secret will not put it to practice. They just listen or read without actually sitting down with a pen and a notepad. That’s why majority of people stay poor. If you don’t have a role model, look at what everyone else is doing and don’t do the same.

Pick up your pen and notepad. Start writing down ideas that can make you rich. This is a great and simple start.

About the author: Hoan Do is a certified leadership coach. Hoan have led multiple teams at Symantec Inc. across the globe delivering world-class solutions to protect consumers and businesses. Hoan is an expert in building highly performing teams. He believes that the best leader is the leader that could grow his followers to be leaders. Hoan has been organizing mastermind groups to share with other leaders about transformational leadership and coaching. He has trained many leaders via mastermind groups, workshops, and one-on-one coaching.

If you are curious about the above method and how you can apply it to your life successfully, open your email and send me an inquiry at coach@hoanmdo.com

Here are some of what people said about me:

Hoan is passionate about people and adds value in whatever way he can. I knew him may be for couple of years when he started to add tremendous value to me, by introducing Leadership principles of John C Maxwell. I was very hungry to learn leadership and i feel him introducing me to Maxwell’s teachings … END_OF_DOCUMENT_TOKEN_TO_BE_REPLACED

Hoan has helped me to develop a process that I use for decision making that allows me to get to the roots of what I really trying to accomplish. He is calm, inspirational and motivational. He has also taught me different techniques which I apply daily that have positively affected  my success at work and … END_OF_DOCUMENT_TOKEN_TO_BE_REPLACED

Hoan has immense leadership and business knowledge. With a heart to truly add value and help people reach their full potential. This is a perfect combination for growth. He is able to help people new to business as well as people with decades of experience.

Hoan, I truly admire your passion & commitment to studying, coaching, and teaching real transformational leadershipand your dedication to lifelong learning and continual growth & development so that you can help make a difference in society. I appreciate you so much because every time you help me grow, I am able to help those around … END_OF_DOCUMENT_TOKEN_TO_BE_REPLACED

Hoan is a powerful coach. Through attentive listening and thought-provoking questions, Hoan helped me realize the limiting beliefs that kept me from achieving what I desired. After working with Hoan, my mindset shifted entirely and I embarked on a step-by-step plan toward what once seemed impossible. Whether you are seeking financial abundance, stronger relationships, or … END_OF_DOCUMENT_TOKEN_TO_BE_REPLACED