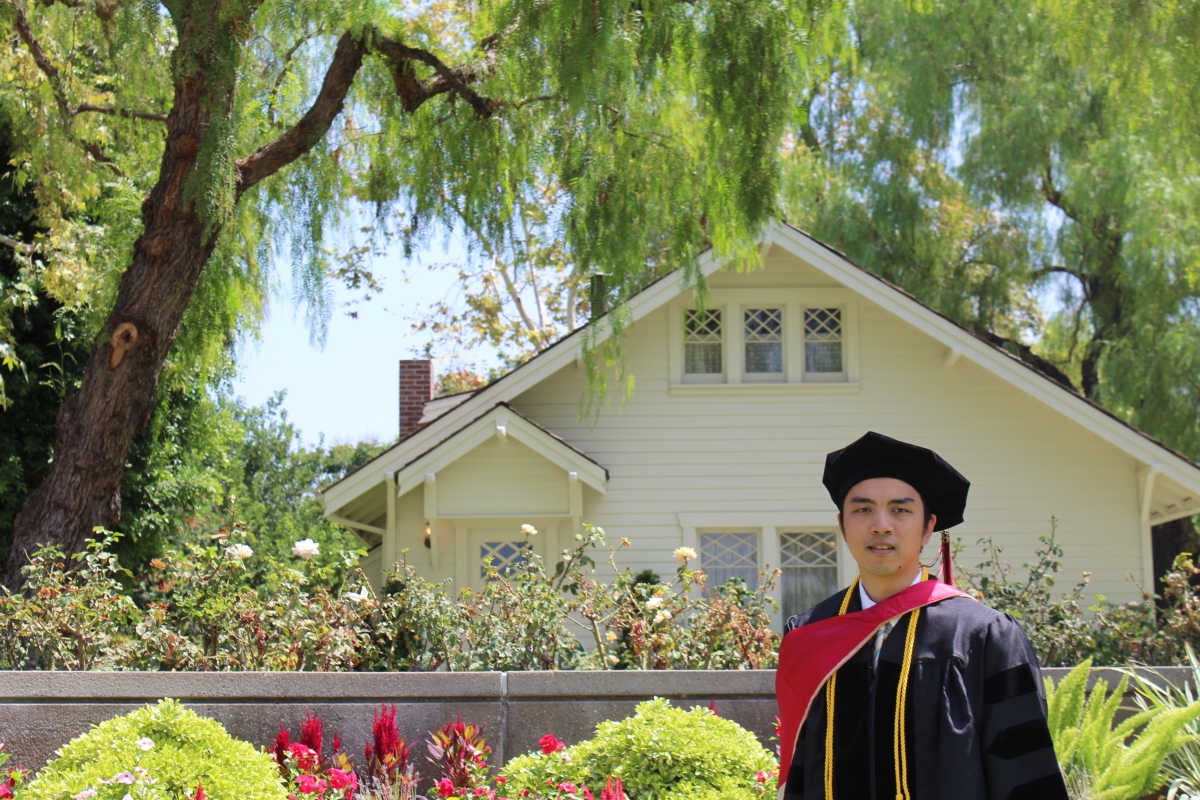 I met an engineer at Symantec in 2011. She was an older woman. After talking to her, she shared that she was working on her third Phd. Not her first, but her third…. I was impressed but secretly in my mind I had two thoughts: it was possible and it was impossible. The thought was that it was impossible to study for a doctorate degree while working full-time and raising a family.

I decided a long time ago that I would not get a doctorate degree. I was successful without one. No one in my family had ever had a doctorate. Besides, I set out to become a businessman, not a teacher. I held a strong belief back then that only people who wanted to work in academia would get a Phd.

However, the idea of getting a doctorate was planted in my mind from the moment I talked to the engineer. Somehow she proved to me that it’s possible.

In 2014, I seriously looked into schools that offer doctorate degrees. I found one school that offers online learning with flexible schedule. After talking to my wife, the decision was made. Without any second thought, I signed up and paid the fee.

I found out that what people told me was true. My weekend and nights were filled with study and writing. Luckily, my wife and kids supported me. They sacrificed to let me study. We went out less and cut shorter all gatherings.

Studying was rather easy for me. However, writing was not. I never liked writing in school and avoided it at all cost. Yet, writing was the main activity with studying online. Every week, I was required to turn in a paper with a minimum of five pages.

At first it took me forever to produce a five-pages paper. I was determined to not let writing become an obstacle. I practiced and practiced writing till I no longer had any difficulty with it. Interestingly, after a few months, I loved writing and it became my favorite way for me to communicate.

Another challenge with writing had to do with thinking. If you ever do any kind of writing, you know that thinking often makes writing harder. The more you think, the less you write. Initially I thought a lot of what to write and how to write. Sometimes I sat at the desk for hours to just think without putting any word in. That was unproductive. Once I learned from some books I read, I just made an outline and typed without thinking too much and it worked. I was able to write the paper in much shorter time and spend more time making corrections. Setting a goal, dividing the writing task into smaller trunks, and putting a deadline also worked like wonder.

I did not think much at the time. However, I did take on the fourth activity besides working full-time, studying for my doctorate degree, and raising my family. I studied coaching and leadership. It started with John Maxwell Team in 2015. In 2016, I enrolled into Steve Chandler’s advanced coaching school. From late 2016, I participated in Landmark Worldwide courses.

I was like a machine. I did my job at Symantec, spent time with my family, did coaching, studied for my doctorate degree. Not at once I let one activity be impacted by the other. Most people at work and whom I coached did not know that I studied for doctorate. It seemed natural for me to complete everything I took on.

Until the last part of the doctorate study…. For my dissertation, I had to conduct my own researches, write the paper without any official deadline which proved to be a real challenge. Talking to a coach when she was coaching me, she asked about my priority. It was clear that I couldn’t continue doing all the four things and do all well. It was clear that my job at Symantec can not be impacted. I couldn’t ask my family to sacrifice any more than they had already been doing. I had to finish the dissertation. Reducing my involvement with coaching was the choice I had to make. I stopped offering group coaching/mastermind courses. I stopped offering one-on-one coaching. For most of my 2017, it was work, family, and the dissertation.

The moment I completed the final chapter and turned the paper in, I felt relieved. It was such a great feeling that I completed something big for people I love and got back to my family, my job, and coaching.

The school held a graduation ceremony on August 25th at the Nixon library. I met many graduates and instructors who were on the same journey. Most of us shared the same: working full-time, studying for doctorate at nights and weekend, and more importantly raising a family.

Since people found out that I did my MBA and doctorate while working full-time, many asked for tips and tricks. I must say I have none rather than just do it. Nothing is impossible. Make a decision and go with it all the way.

I learned what I just said from coaching. Coaching was very beneficial to my journey. Many times I wanted to quit as I did not need a doctorate to be a businessman. Besides I was not doing it for myself. My coaches helped me realize that I was letting my self-doubt take over me. I made a decision to take on the journey driven by a purpose bigger than myself. And I was capable to complete it. Those extraordinary coaches helped me get back to what I committed to do.

If you ever have a moment of doubt when doing something you commit to do, just remember what I wrote above or reach out to me. Nothing is impossible. Don’t let your self-doubt prove that it’s impossible.

About the author: Hoan Do is a certified leadership coach. Hoan led multiple teams at Symantec Inc. across the globe delivering world-class solutions to protect consumers and businesses. Hoan is an expert in building highly performing teams. He believes that the best leader is the leader that could grow his followers to be leaders. Hoan has been organizing mastermind groups to share with other leaders about transformational leadership and coaching. He has trained many leaders via mastermind groups, workshops, and one-on-one coaching. Since June 2018, Hoan left his full-time job at Symantec to commit himself to a new journey. Hoan climbed the doctorate mountain and the Symantec mountain. He’s set to climb a new and bigger mountain. If you would like to have a conversation with Hoan, drop him a line at coach@hoanmdo.com